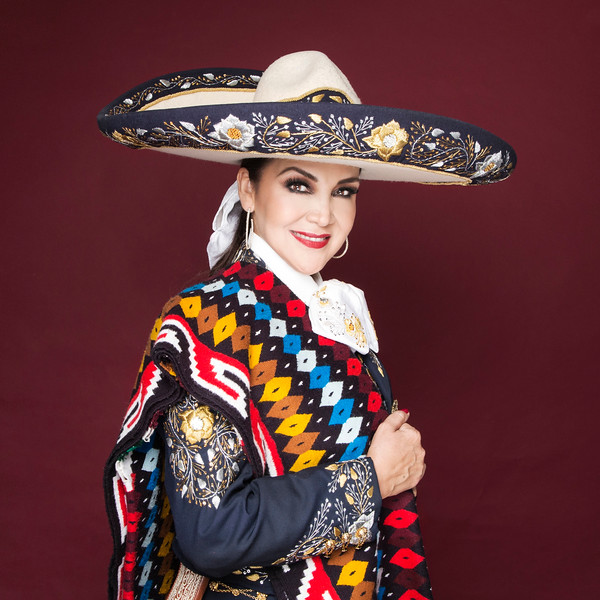 All hail the “Queen of Ranchera Music,” Aida Cuevas! In her debut at the Hylton Center, this GRAMMY and Latin GRAMMY winner will fill Merchant Hall with lively mariachi music, the powerful energy of her stage presence, and the rich effervescence of her voice. Her accompanying band, Mariachi Aztlán, includes special guest musicians on the requinto guitar, accordion, percussion, and keys. With more than 30 albums, Cuevas has earned a large and loyal international fan base for her unswerving devotion to traditional mariachi music and her mastery of its demanding vocal forms. Don’t miss one of Mexico’s leading voices in a concert celebrating 45 years of ranchera prominence. “Cuevas is to Mexico what Aretha Franklin is to the United States: a powerful voice that encapsulates the essence of her nation’s spirit” (The Kansas City Star).